As family historians Sunday 21 March is probably a date we all have circled on our calendars. This is because we know how important it is to provide information in order to be counted for the Office of National Statistics (ONS). Maybe secretly we are hoping that the information we provide today will be as useful for our descendants as previous census material has been for us. 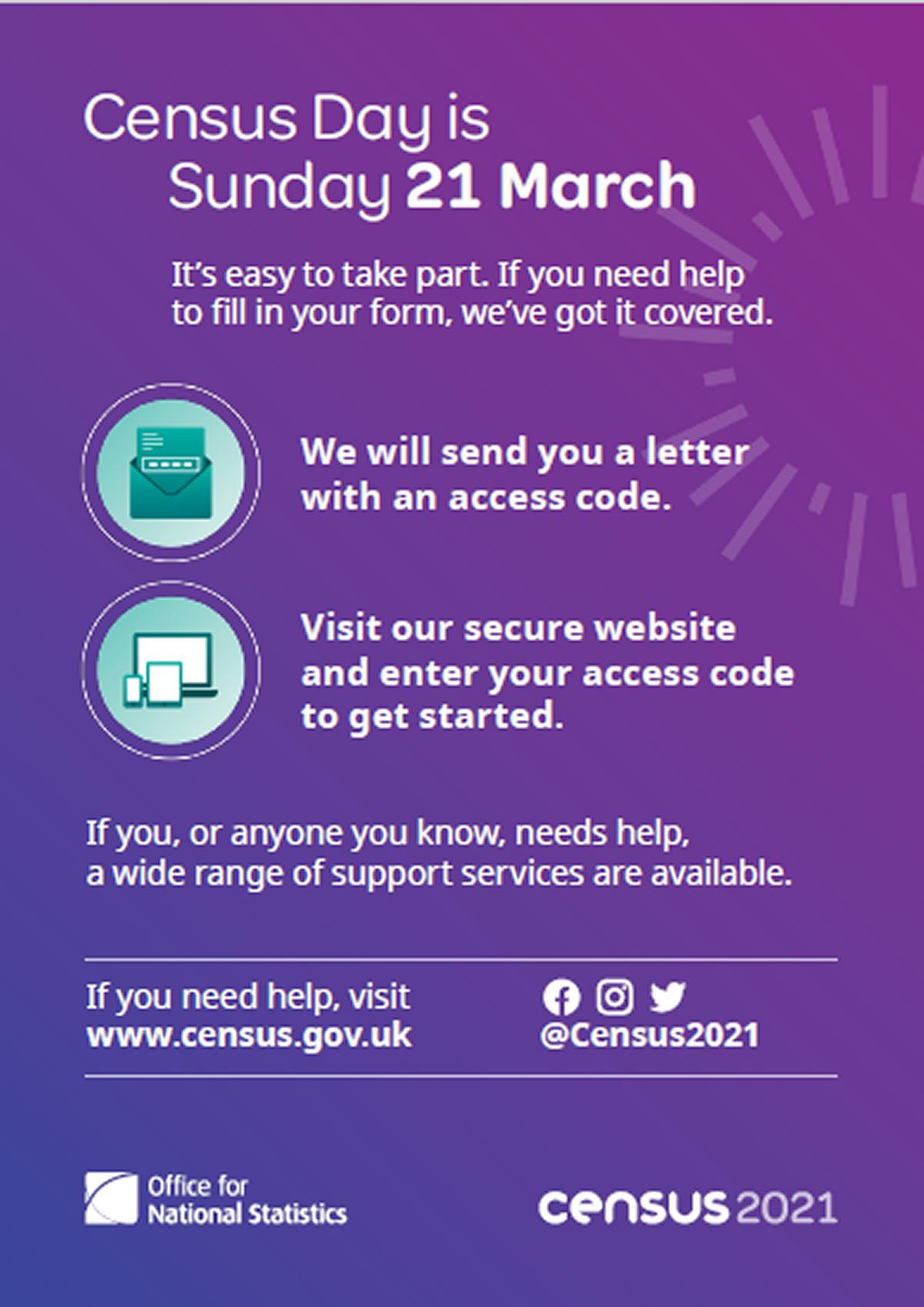 2021 will of course be a truly interesting year for data to be collected with the effects of the recent pandemic starkly laid bare in numeric form.  The census continues its customary aim to provide a snapshot of life, which can be used by the Government and other organisations to help make sure they provide the right services for people.  The rules surrounding the census remain the same as previous years and will not be opened to the public for 100 years.

One item which seems set for change is the 'sex' question. Campaign group Fair Play for Women argued it unlawfully allowed "self-identification" as male or female.  We are told Mr Justice Swift has ruled that guidance should be changed to say individuals should only respond with the answer on their birth certificate or gender recognition certificate (a document which allows trans people to change their legal gender). A week before census day a full judicial review is set to take place.  However, the Judge seems satisfied that the campaign group was "more likely than not to succeed" on its case regarding the legal definition of "sex".

In addition to filling out the 2021 census, you will all probably be gearing up to delve into the 1921 census, access seems to have been delayed slightly, but we hope will be viewable in early 2022.

With this in mind the Manchester and Lancashire Family History Society has begun a rather ambitious project in order to 'set the scene' prior to the release of the 1921 census early next year. We plan a 'Timeline of 1921 Events' on the Society website with clickable links to further information, talks from expert speakers, a 'one off' podcast, a variety of topical blogs and videos (like our 'Hints from the Helpdesk'), a special 1921 census edition of the Society's journal 'The Genealogist', culminating with a special presentation about the 1921 census (end 2021/early 2022).

We hope you will enjoy learning some interesting facts that are being discovered and get a flavour of life in the 1920's.  So, stayed tuned for further updates!