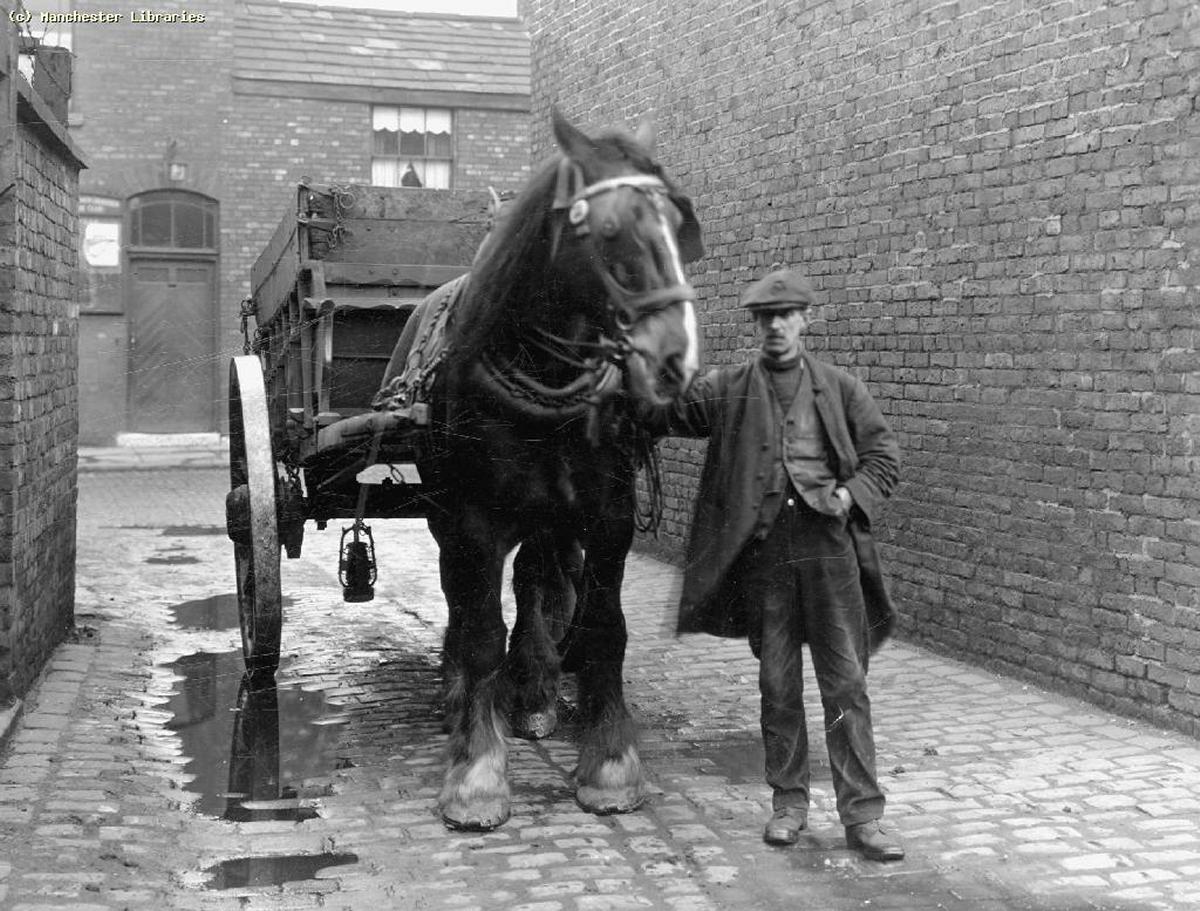 As family historians sometimes our minds may paint a rosier picture than reality when thinking about the lives of our ancestors.  But as we have recently been researching and writing about the 1920's some of our topics may actually be within living memory for some, particularly the use of coal for heating and cooking.

As a result, when we think of our ancestors homes with only a coal fired stove to cook with and a small fireplace for warmth we may imagine them to be delightful and cosy but few perhaps consider the practicalities of the situation.  In winter, there would have been times when it was so cold that ice would form on the inside of the bedroom windows, it may have been impossible to take a bath because the bathroom was so bitterly cold that the bathwater would have cooled within five minutes. Going to the toilet, getting out of bed and anywhere not huddled in front of the living room fire would have felt like the Arctic.  Thankfully for us central heating and new energy sources have changed all that.

Therefore, in 1921 when the miners took  decisive strike action against pay cuts it was a disastrous turn of events for everyone.

During the Great War in 1915 a call for higher productivity from mine owners resulted in worsening conditions for the miners.  This eventually provoked industrial action by some 200,000 miners in South Wales.  This action was followed by demands for higher wages by the miners in 1916 which in turn threatened the war effort.  It was at this point the Coalition Government took control of the mining industry.

After the Armistice of 1918 coal remained under Government control until early 1921 when the Government announced it was ready to return control of the pits back to the mine owners. However, by this time there was a serious trade depression and also a slump in coal exports.  It was possibly why the mines were hastily returned to private ownership on 31 March 1921.

During the Spring of 1921 coal prices continued to tumble and a pay cut of up to 50% to miners wages was proposed by the mine owners.  In  response the Miner's Federation of Great Britain (MFGB)  then called on the 'Triple Alliance' to engage in strike action and halt the movement of coal.

What was the Triple Alliance?

The 'Triple Alliance' had been formed between Coal, Transport Workers Federation and the National Union of Railwaymen during the war in order to provide support and solidarity to workers in these key industries.  All three had struggled with decent pay and conditions and job security against their owners, employers and the Government.

When the MFGB refused terms the miners were 'locked out' of the pits on April 1st 1921 and the Government put in place the 'Emergency Powers Act' drafting in soldiers.  The Government regarded this dispute so significant it even brought back soldiers back from Ireland.

Unfortunately the miners found that they were not to be supported by the other parties in the 'Triple Alliance', and the Alliance collapsed leaving the miners to fight on alone.  This became known as Black Friday (15th April). Coal rationing was then brought in force from April 1921.  The Manchester Evening News of 18 April 1921 reported: "Unemployment is rapidly increasing at all the large works on the north-east coast, owing to the shortage of coal, and if the strike were to last another fortnight all of the big industries would be at a standstill.  As it is very few of the blast-furnaces are now working, steel works are closed down, and the rivers are choked with idle tonnage."

It was therefore this threat of prolonged civil unrest which postponed the original census date of 24 April 1921.  With this crisis looming the Government went on to establish the Defence Force (click to view Blog).  It was not until 28th June that the three month 'lock out' ended and the defeated miners returned to work.

Want to learn more about your Coal Mining ancestors?