Over thirty cities and towns in Britain had a Theatre Royal. There had been a venue with that name in Manchester since 1775, originally in Spring Gardens and later in Fountain Street. Both of these were destroyed by fire. The “new” Theatre Royal opened on 29th September 1845 and presented plays, pantomimes and revues for the next 75 years or so. It is the oldest surviving theatre building in Manchester.

1921 started with the continuation of the Christmas pantomime, Mother Goose which starred Dan Leno Junior, the son of the famous music hall performer. The pantomime ran through all of January and February, finishing in the first week of March. More productions followed, including a farce called Nightie Night which later moved to the London Palladium. April saw four weeks of Chu Chin Chow, advertised as a “musical taste of the East”. Then, seemingly without much fanfare, a play called The Man From Toronto finished its one week run on May 28th 1921 and the Theatre Royal closed its doors to live theatre forever.

It appears that falling attendances, caused by the competition from other city centre theatres and the increasing popularity of silent films led to the new owner's decision to turn the Theatre Royal into a picture house. Alterations were made to the building's interior and four balconies removed. The first film was shown on 4th September 1922.

Over the next half century, the Theatre Royal tried to move with the times. It started showing talking pictures in 1929, the second Manchester picture house to do so. There were several changes in management and ownership over the years. 3D films were shown in the early 1950's and the building was closed for two months in 1963 so that it could be converted to Cinerama. A gigantic new screen measuring 65 ft by 28ft was installed and the number of seats nearly halved. Films stopped being shown in 1972 and the Theatre Royal briefly became a bingo hall. 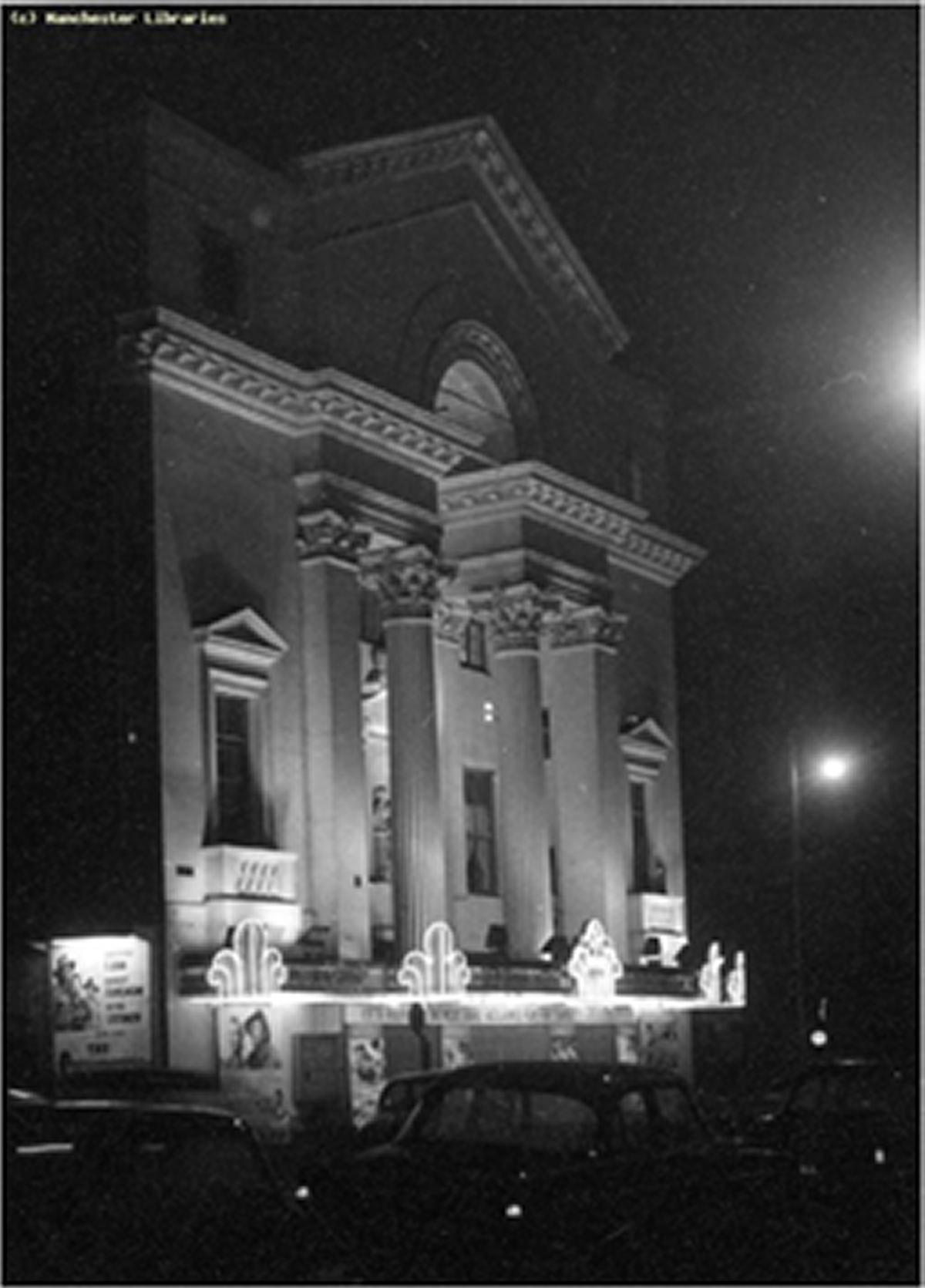 The Theatre Royal then became a nightclub, with a succession of names: Discotheque Royale; Infinity; M2 and, finally, the Coliseum before closing its doors in 2009. Various plans for the building – including moving the Library Theatre there- have not come to fruition. It sadly stands empty. The Theatre Trust has put the Theatre Royal on its “Theatre Buildings At Risk” register, despite it being a Grade II listed building.