In our continuing series for 1921 we have been looking at all aspects of the 1920's.  In today's blog we are shining a spotlight on local Rochdale man George Mainwaring.  George was a Rochdale artist who wrote and illustrated for the Rochdale Observer in the 1960's. He wrote a series of historical vignettes, filled with local characters, customs and remembered details from the 1920's and 30's.  We are sure our members will appreciate the charming images and little stories produced by George.

George Mainwaring was born in August 1907 in the Spotland and Norden sub-district of Rochdale to parents John Mainwaring and Mary Kirkham.  He was one of 14 children.  Like many children of working class families George went to work at the age of 12, initially as a “half timer” at John Bright’s cotton mill. A year later his education had finished and he began  to work full time in the mill to supplement his family's income. His time in education may have been extended because of the 'new' Education Act which was introduced in August 1921.  This allowed for a new school leaving age of 14 years. 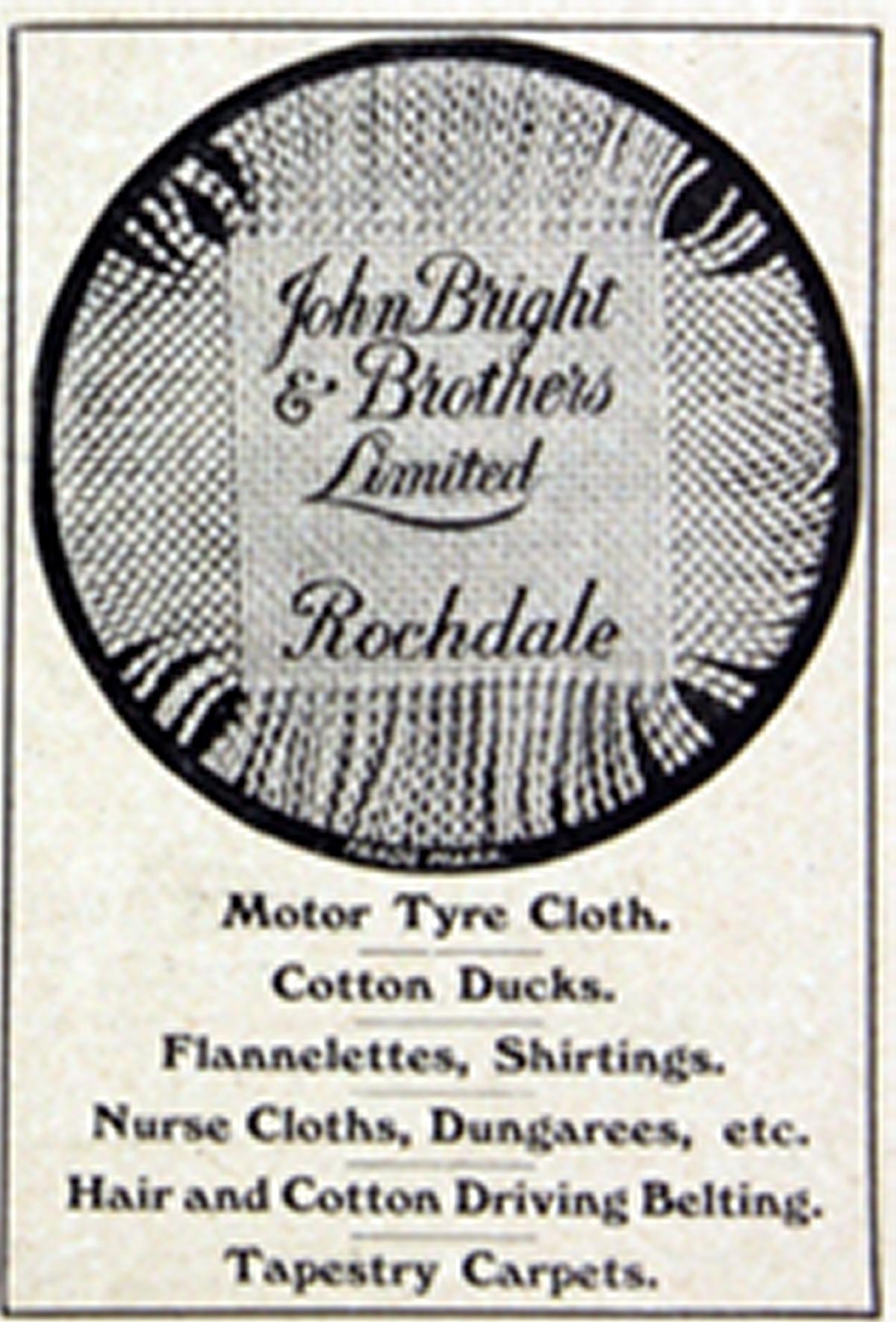 Mainwaring attended Rochdale School of Art on Saturday afternoon's.  These classes were able to nurture his artist talents and provided an escape from his tough working life.  Although he seemed to be able to turn his hand to most things.  During his working life he had been a mill worker, policeman, Ministry of Food Enforcement officer, transport manager, and writer.  It  is clear that his love of art was his passion and gave him great pleasure.  Later in life he continued his art work by producing a series of oils and numerous ink drawings.  This allowed him to share stories of his early life. 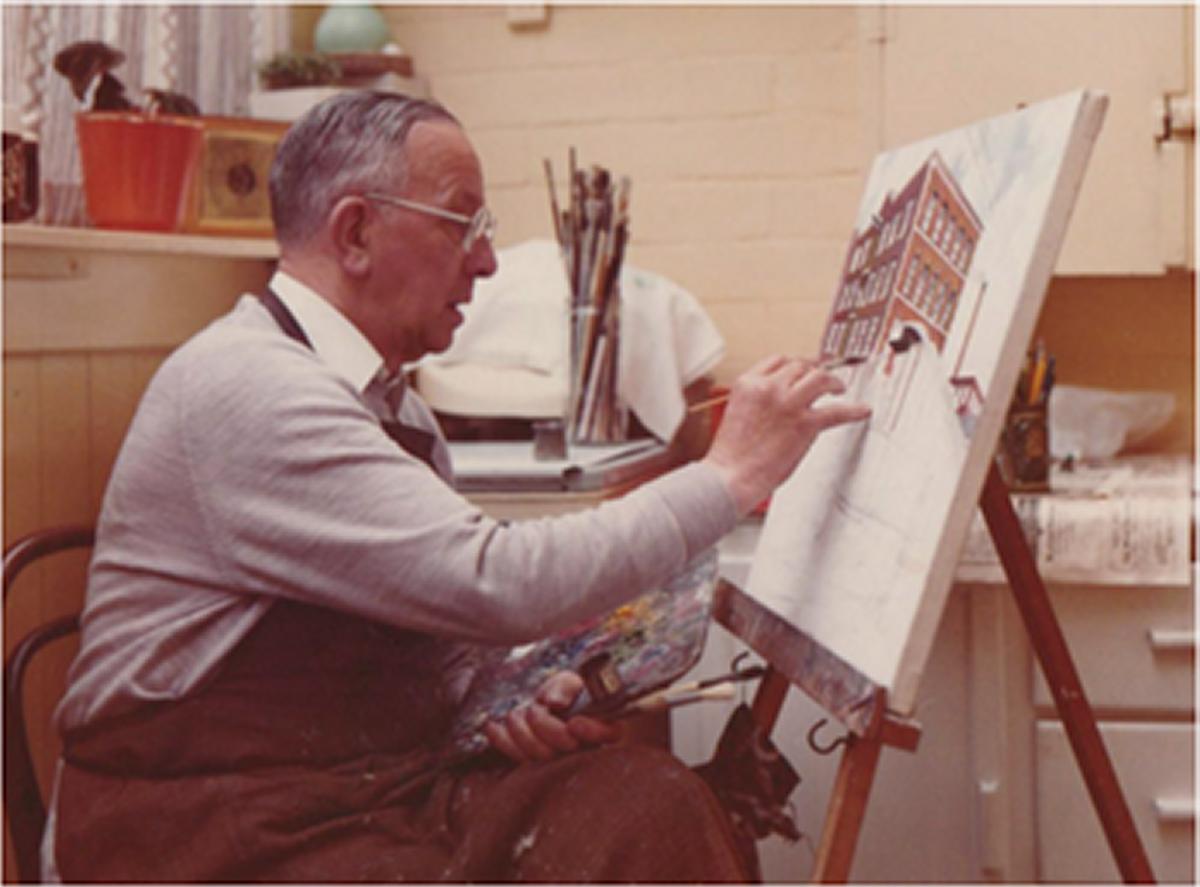 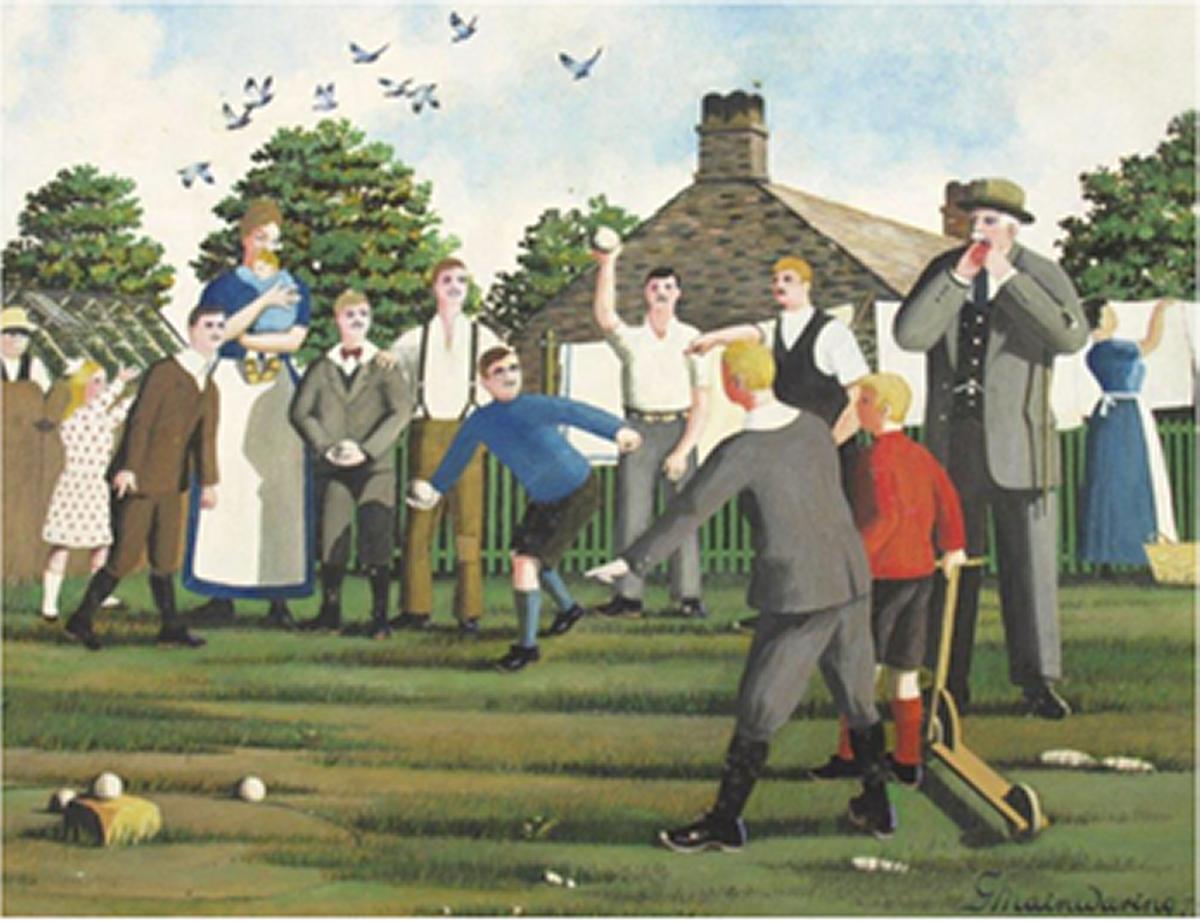 "There was a time, not so long ago, when it was common for anyone who had lost an argument or failed in an endeavour to be told “Hard luck, your duck’s off.” The phrase obviously had its origin in the ancient game of duckstone which we played as youngsters 60 [1979] or more years ago and, like skittles and quoits, must have been played on village greens and other open spaces throughout the land for centuries. The simple rules were for players to take turns as “keeper” who would then set up his duck, a hard round cobble, on a larger stone within a drawn circle and for the others to aim at and try to knock it out of the circle and then get back across another marked line, after retrieving their own ducks. It is a good many years since I last saw the game played and the probability is that it has gone forever".   Quote from George Mainwaring

The beauty of George's work is that he often depicts the everyday; people, places or events. Firsthand accounts such as George's are invaluable to the family historian and can add to the narrative of one's own family history.  The addition of George's detailed recollections to accompany such visual imagery is unique. Amongst other things we learn from George of Rochdale's 'one horse' drawn ambulance and PC Fletcher, the workmen's single-decker tram  from Rochdale to Bacup "It's rough going beyond Shanter",  the price of a good solidly built bicycle in 1921 and a variety of games and customs now lost to history. I wonder how many like George remembered  Bill Fox, the Black Pea man? 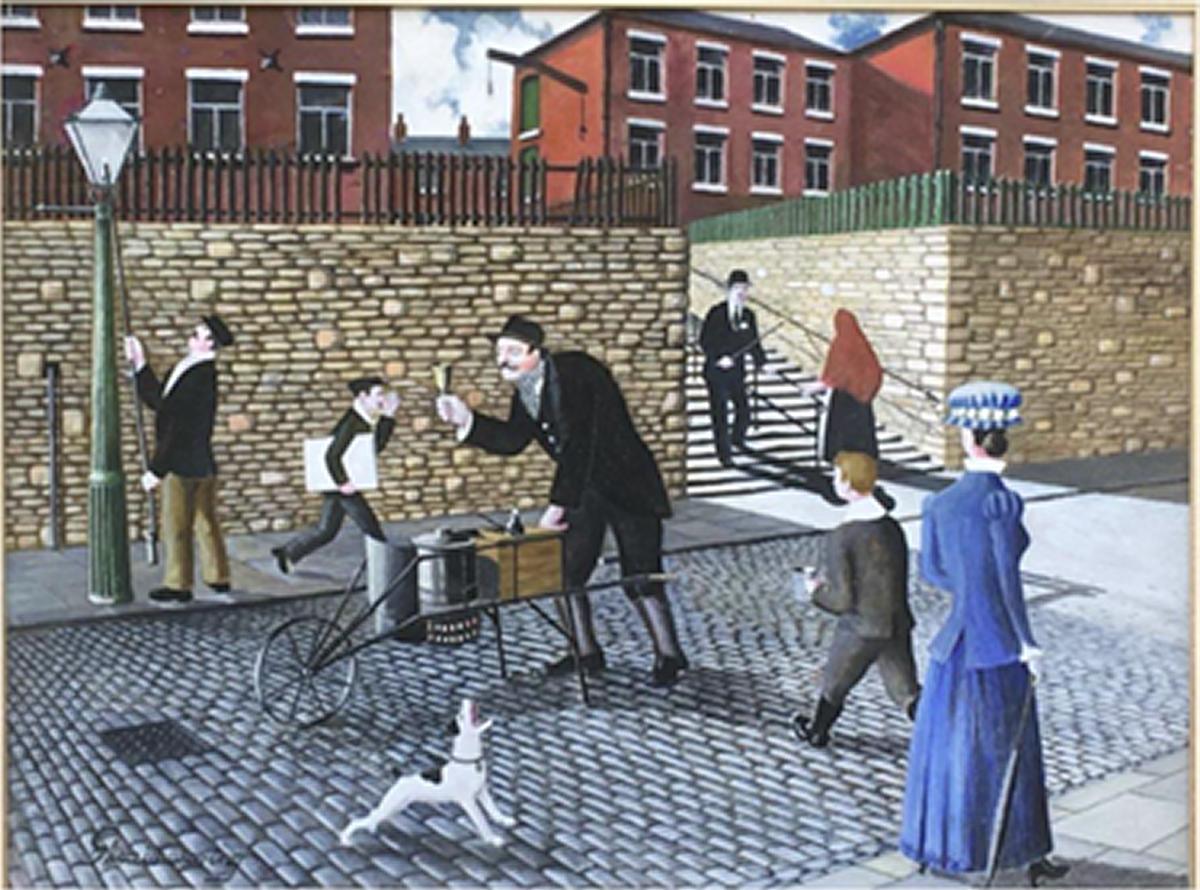 "One of the most colourful characters in Rochdale during the early part of this century was (William) Bill Fox, who lived near to Cronkeyshaw and trundled his iron barrow around the streets on the north side of the town each night. During the day he worked in a local cotton mill, but at night, his familiar figure, with his cry of “Hot peas!” and the tinkling of his bell, was a welcome sound wherever he went. The barrow was all metal, had an underslung coke fire on which was placed a large iron pan filled with savoury black peas. A gill pot full for a penny and a pint pot full for tuppence. How I remember his tall stooping figure and kindly personality. His peas had a delectable flavour of their own which can never be forgotten".  Quote from George Mainwaring

MLFHS wish to thank the George Mainwaring website for the use of images and text included in this blog and these have been used with the express permission of the owners of the site.

Learn more about George Mainwaring and his work:  https://www.georgemainwaring.co.uk 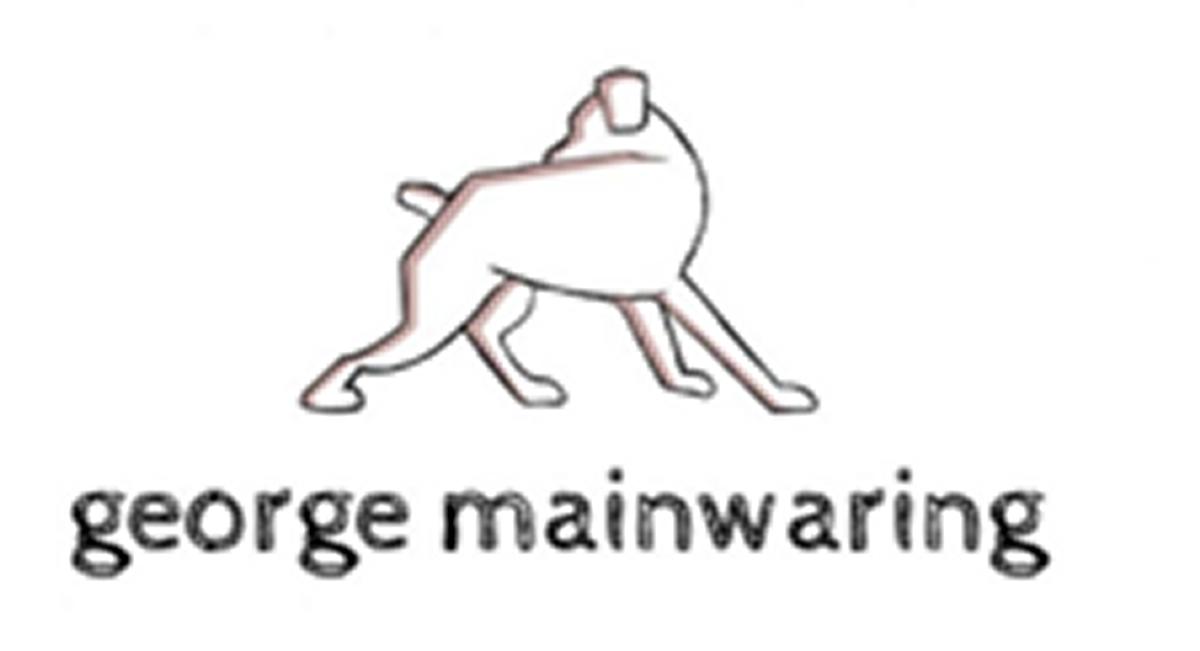