For most people in 2021, the name Gracie Fields conjures up an elderly, dignified white haired woman who hailed from Rochdale and retired to the Isle of Capri. Many memorable songs spring to mind such as “Sally”, “Sing As We Go” and “The Biggest Aspidistra In The World”.  Gracie's last appearances on British television were on chat shows and Stars On Sunday. By then, Gracie was in her seventies, but still showed great humility, wisdom and humour when interviewed by the likes of Michael Parkinson and Russell Harty. She died in 1979.

Back in 1921, Gracie Fields was just 23 years old and had already been performing on stage for a decade. The combination of Gracie's extraordinary natural soprano voice and comic talent would make her a massive star. She was performing in a touring revue entitled Mr Tower Of London. This show had started just before the end of the Great War at the Coliseum in Long Eaton on 28th October 1918 and toured the country for nearly a decade! All in all, Gracie played in over 4000 performances of Mr Tower Of London. She was the star of the show, singing and taking part in many of the sketches, but Gracie also helped with the production and choreography. The show's company included Gracie's younger sisters and brother. 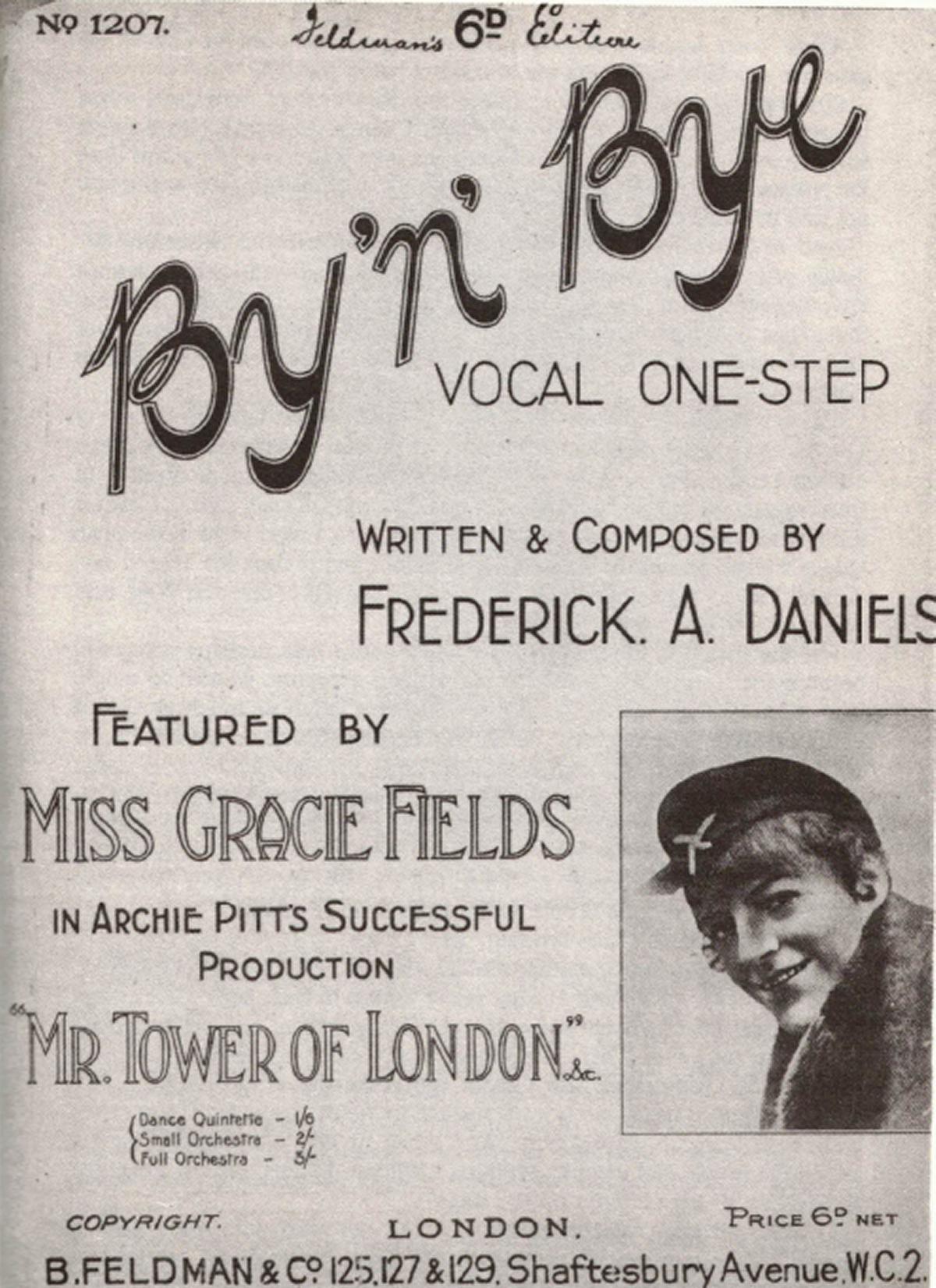 The revue had mixed blessings for Gracie. She married the show's promoter, Archie Pitt in 1923 but  this turned out to be a loveless marriage. Gracie made her West End debut in 1925 when Mr Tower Of London finally reached London! The reviews in the newspapers on the following day proclaimed Gracie a star – something that people in the provinces had long known. By 1928, she made her first commercial recording for HMV, a version of “My Blue Heaven”. Gracie went on to sell millions of records for the label. 1931 saw the release of Gracie's first film, Sally In Our Alley which featured the signature song with which she is so closely associated. Clips on YouTube show the power of her performances from those days. We can see Gracie with her striking hennaed hair, unmistakable voice and comic acting talent. Audiences in 1921 would have seen a rising star at close quarters, stealing the show night after night!