A century ago, Manchester city centre looked very different to nowadays, not least the types and amount of public and private transport. Industrial and domestic pollution meant blackened buildings and smog. However, most of the city's major buildings were already established. Here is a selective list of when some of central Manchester's important buildings were completed : 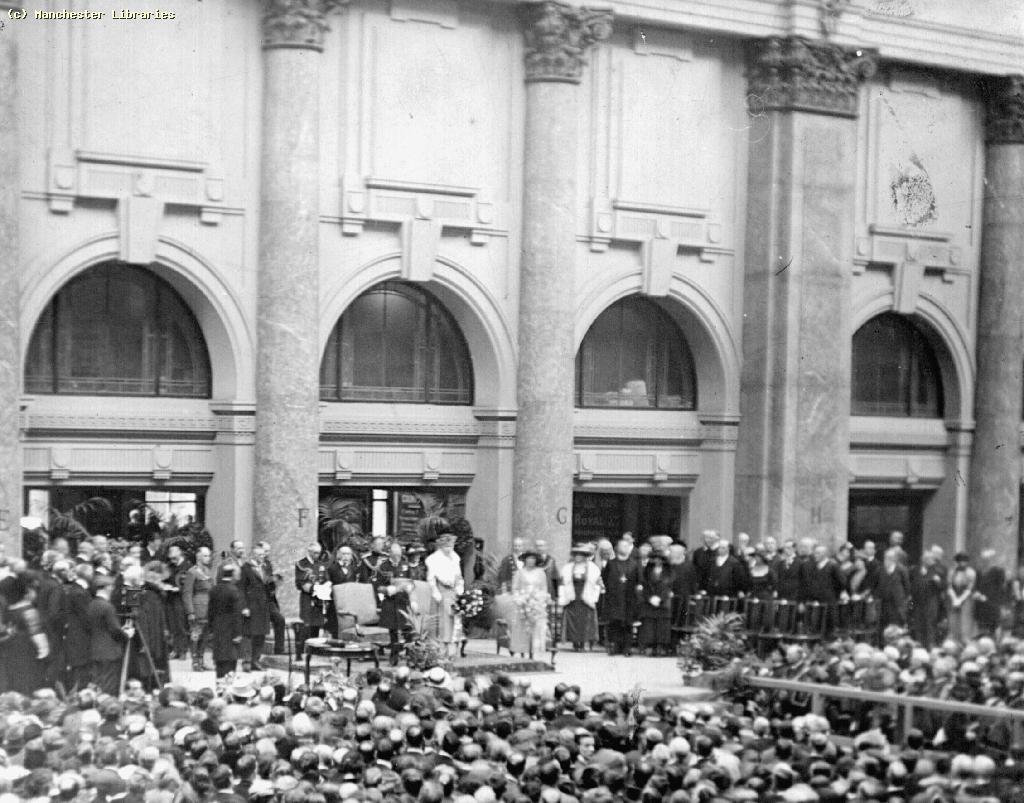 The Royal Exchange building in St Ann's Square was started in 1914 and completed in 1921, the year of the Census. It replaced three earlier structures; the first – in 1729 – was the only large assembly room in Manchester at the time and was also used for plays and meetings. A Neo-Classical building of 1809 was enlarged in the 1840's and replaced two decades later. By 1921 the Royal Exchange had 11,000 members and was the largest place of assembly for trades in the world. Trading continued in the building until 1968. By this time, more modern communications such as telephone and fax meant that attending the exchange became unnecessary for traders. The building remained empty for five years until the Sixty Nine Theatre Company started using it in 1973. 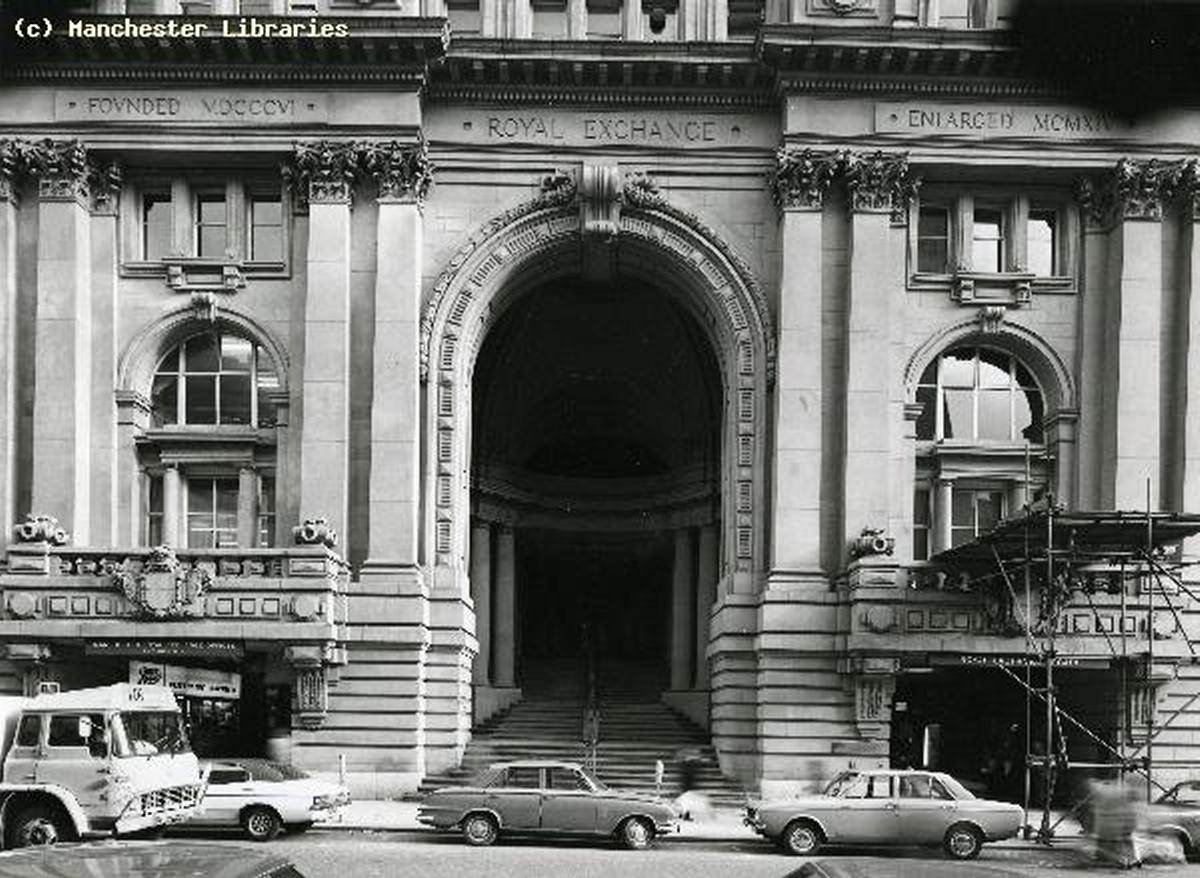 The extraordinary new theatre “in the round” - built as a separate structure within the Royal Exchange - was completed in 1976. It has been at the centre of Manchester's cultural life ever since. This has been interrupted only by repair work after the 1996 Manchester bomb and, more recently, the Covid lockdown of all theatres.

Central Library in St Peter's Square was completed and opened in 1934.