Imagine a highly virulent virus, of unknown origin, which was killing thousands of people young and old.  And, the only way to stop it sweeping though communities and save inhabitants was to develop a vaccine and inoculate the population.  The government would no doubt need to establish a vaccination policy and in fact make it compulsory.

Hang on a minute.... this is starting to sound a little familiar, corona virus you say?  No, it must be déjà vu, because in fact I am talking about smallpox, a highly infectious disease which dates back to Egyptian times, and the governmental vaccination policy established in 1853.

It seems we have been here before

Edward Jenner's successful vaccination against smallpox was actually developed in 1796, thus creating the world's first vaccine. In Jenner's time, smallpox (an airborne disease) killed around 10% of the population, with the number as high as 20% in towns and cities where infection spread more easily. The first Vaccination Act was passed by Parliament in 1840 after a national smallpox epidemic between 1837-1840 killed approximately 42,000 people.

After initial scepticism by the medical community, the uptake of the vaccine became so widespread that smallpox vaccination was made compulsory in England and Wales and in 1853 infants were required to be vaccinated within three months of their birth registration. By this point the government had also passed public health laws which overrode the right of individual choice for the 'greater good of the population at large'.  Parents were notified of the vaccination requirement when registering the births of their children and vaccination districts were therefore established and medically qualified public vaccinators duly appointed.

Of course just like today there was an anti-vaccination movement, which wasn't really about the vaccine but against a person's right to choose.  Poor Law Guardians as well as parents were brought before the justices for non-compliance. 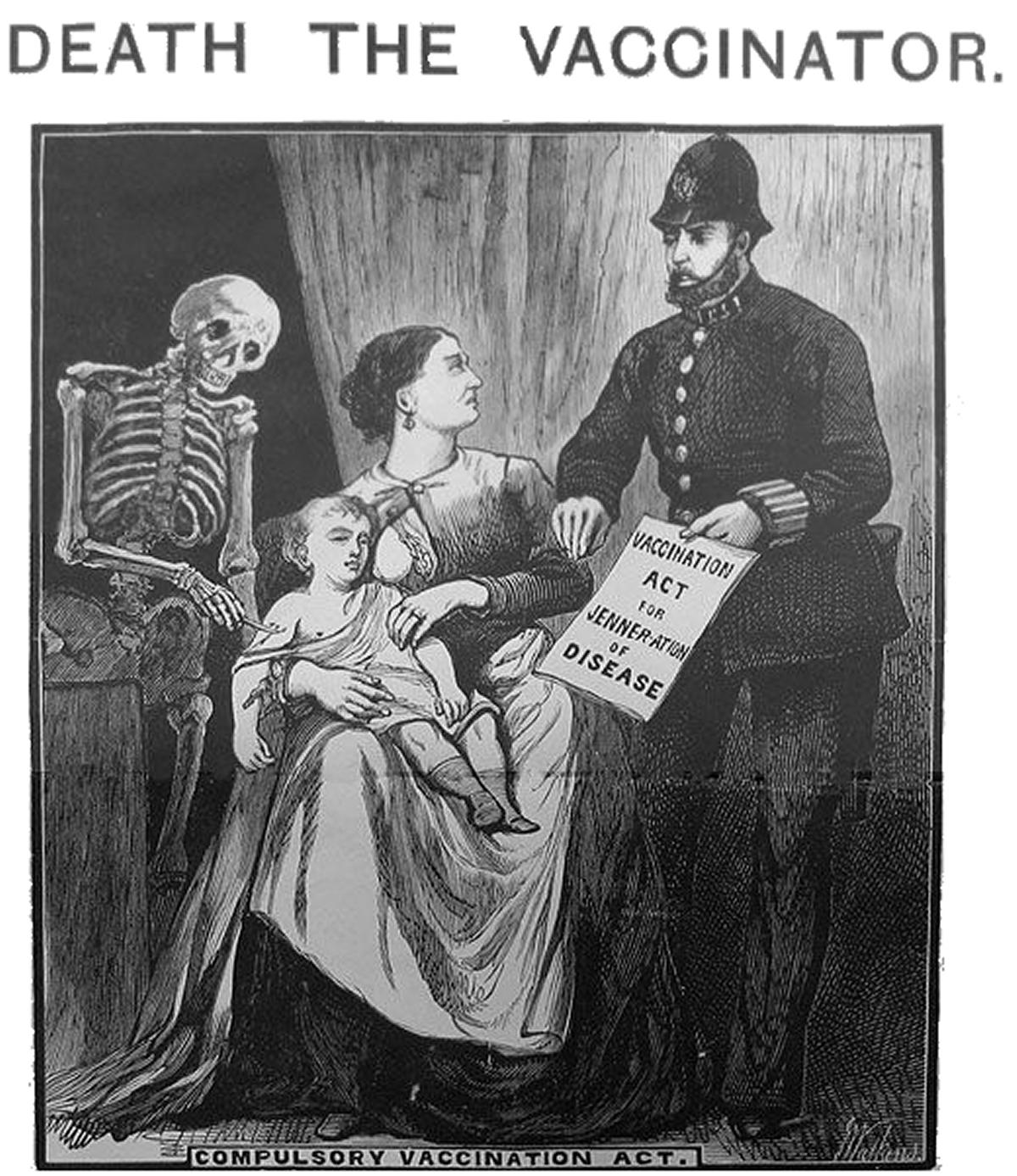 Illustration from a Victorian anti-vaccination leaflet

Knowing this, the good news for us as family historians, is that there are additional records to assist with our research which sometimes flounders. Admittedly the survival rate of vaccination records is patchy, but these are an under used resource and well worth searching out for the value of information they can provide.  Compulsory smallpox vaccination survived until 1948 as it was abolished when the National Health Service Act (1946) came into effect.

Finding vaccination records may be of particular use if you have been unable to locate civil birth certificates (pre-1874).  Even though civil birth registration was compulsory by September 1837 there were no penalties applied until stricter laws come into effect in 1874, and it also appears there may have been some confusion and people thought that to baptise your child was sufficient.  Additionally, we can add into the mix that perhaps there were families that did not wish to have their children vaccinated, for some it must have seemed an incredible leap of faith. As a result, there was a certain degree of non registration which can make continuing our family history research difficult in those early years of civil registration.

Used alongside birth and death registration the Registrar General was able to compile useful statics on Public Health.  Below is an example from Scotland (1865).

Eleventh annual report of the Registrar-General on the births, deaths, and marriages registered in Scotland during the year 1865;
and first annual report on vaccination for the previous year.

So, where can I look for these records?

Try looking in The National Archives catalogue under 'Poor Law', 'Poor Law Union' or try entering 'Vaccination'. There are also two small sets online you can have a peak at.  One on Ancestry (Newport Pagnall, Buckinghamshire 1909-1927) and one dataset on Findmypast (Glasgow 1801-1854).

Alternatively, try searching for  vaccination records amongst  Poor Law Union records via the online catalogue for your local archives or record office. If you are interested in this topic why not have a look in the British Newspaper Archives?  There are many interesting articles and other items of relevance.

So, in this past year which has been so dominated by world health affairs, know that over 150 years ago our ancestors were wrestling with similar issues and concerns. I guess some things never change...but thankfully some things do. The World Health Organisation declared smallpox an eradicated disease in 1980. 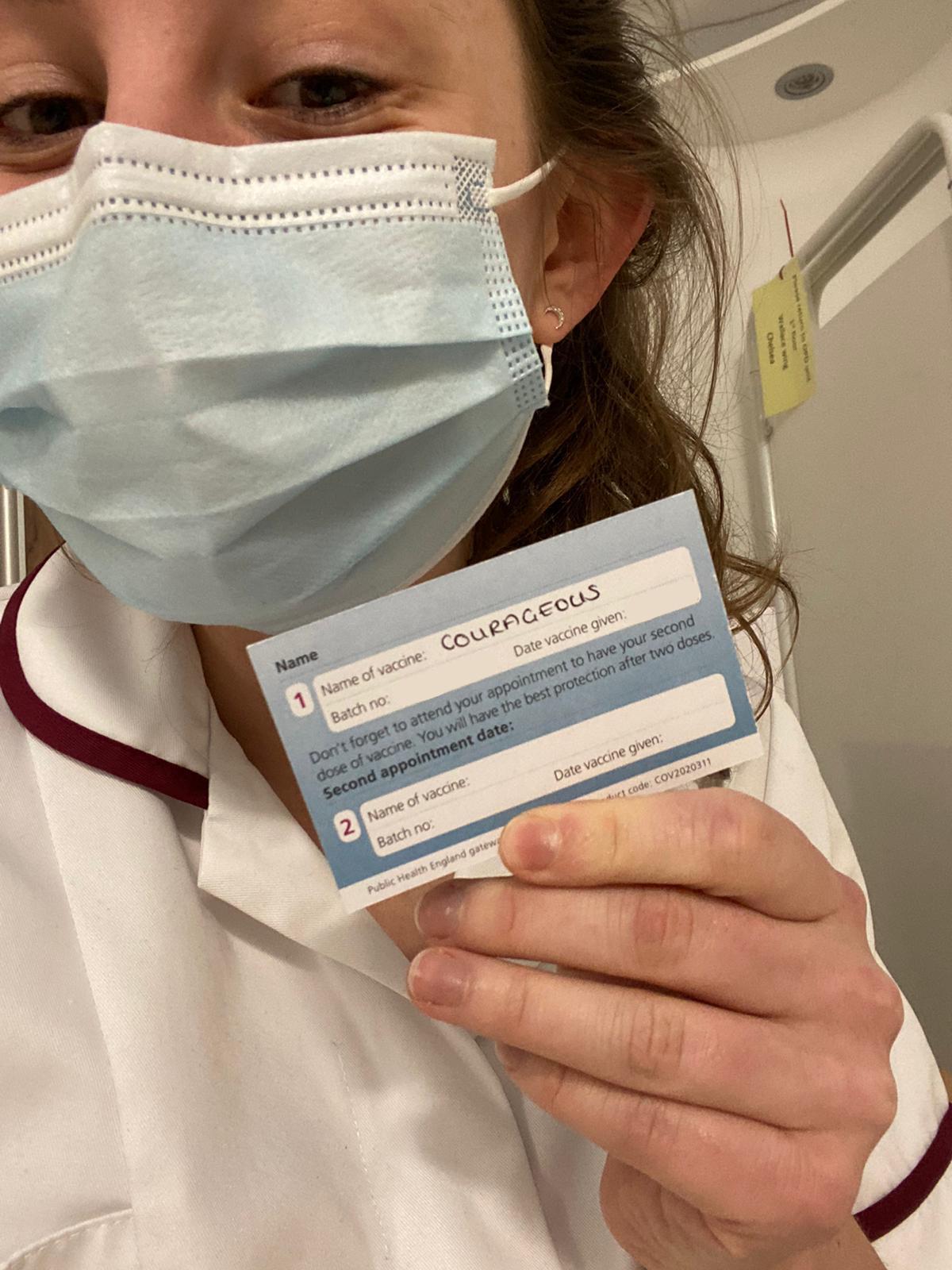 Becoming part of history:
My daughter, a front line health worker, after she received her covid  jab