Cumann na mBan (Irishwomen’s Council) was formed by a group of Irish women in Dublin in April 1914, “…to organise Irishwomen to advance the cause of Irish liberty and to assist in arming and equipping a body of Irishmen for the defence of Ireland”.  Sometimes referred to as the ‘forgotten heroes’ of the Irish Revolution, its members were trained in first aid, drill, signalling and rifle practice, and while much of their early work involved fund-raising and providing moral and practical support to their male colleagues, many participated directly in the Easter Rising of 1916.  After the Rising, they helped keep the memory of its leaders alive, assisted the widows and children of those who died, and organised prison relief.  During the War of Independence, they played important front-line roles, including gun running and communications.  Unfortunately, their contribution has been often overlooked in histories of Ireland’s journey to independence. 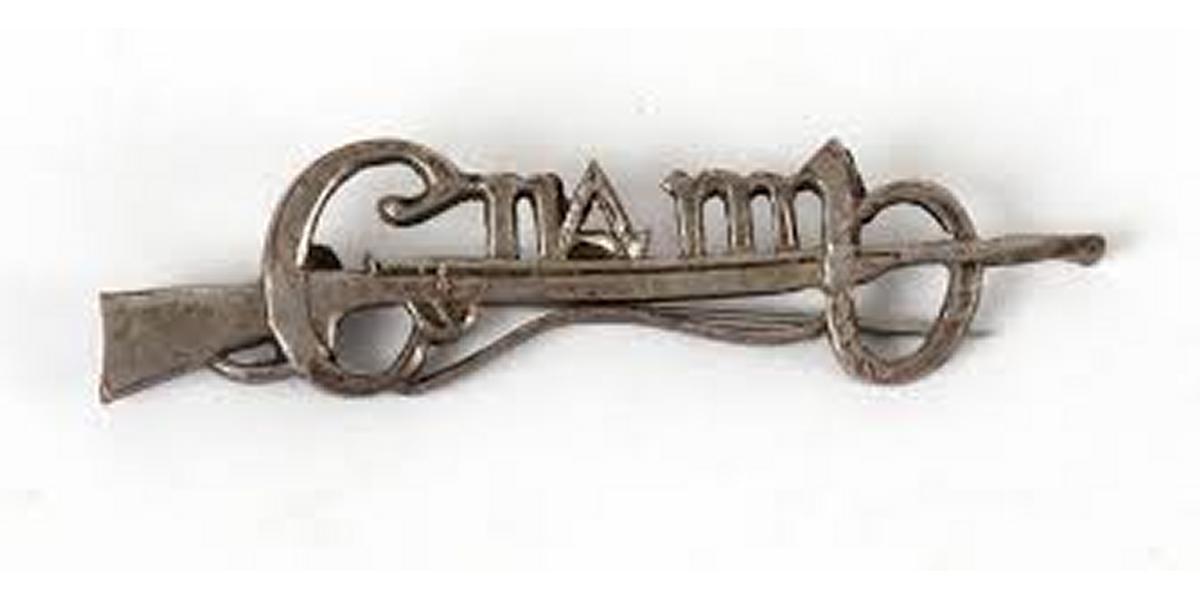 Cumann na mBan branches or units were attached to IRA companies, and each was headed by a captain, secretary and treasurer. By 1920, there were approximately twenty branches operating in England, four of which were based in Manchester: the Banba branch, based in Ancoats; St Brigid’s Branch; the Erskine Street Branch which met at the Irish Club, Erskine Street, Hulme, and the Oisin Branch, Trumpet Street, in central Manchester.

Not surprisingly, given the nature and aims of the organisation, documentary records of their activities are difficult to find.  However, the October 2019 release of the Irish Military Service Archives Pensions Collection gives a fascinating insight into the experiences of some of the women through their – often unsuccessful – applications for military pensions.  The pension records contain official forms, personal statements and witness testimonies supporting their applications.

The files of two Clare women  – Kathleen Talty and Margaret Sexton – provide detailed accounts of their activities, and especially in the case of Margaret Sexton, a sense of the personal consequences of the risks they took in their active support of Irish independence.

The 1911 census records Kathleen and Margaret living in the Manchester area, both working as teachers, Margaret as a certificated assistant mistress in Salford, boarding in Cheetham Hill, and Kathleen as an elementary teacher, living in Rusholme, with her sister Susan and three other Irish women, all teachers.  There does not appear to be any evidence that Margaret and Kathleen knew each other prior to coming to England, although both were born in Co Clare, but by 1917 they were members of the Manchester Cumann na mBan ‘B’ company, St Brigid’s Branch.  Margaret became branch President and Kathleen branch Captain.

Margaret records that during 1916 and 1917, she undertook prison visiting to IRA men in Knutsford and Wakefield, and organised fund-raising activities such as concerts and card drives.  In May 1917 she was one of several people who disrupted a meeting of the Irish Parliamentary Party at the Free Trade Hall, and was forcibly ejected from the premises, commenting that on the following Monday morning at school, the headmaster and Parish Priest were not sympathetic. 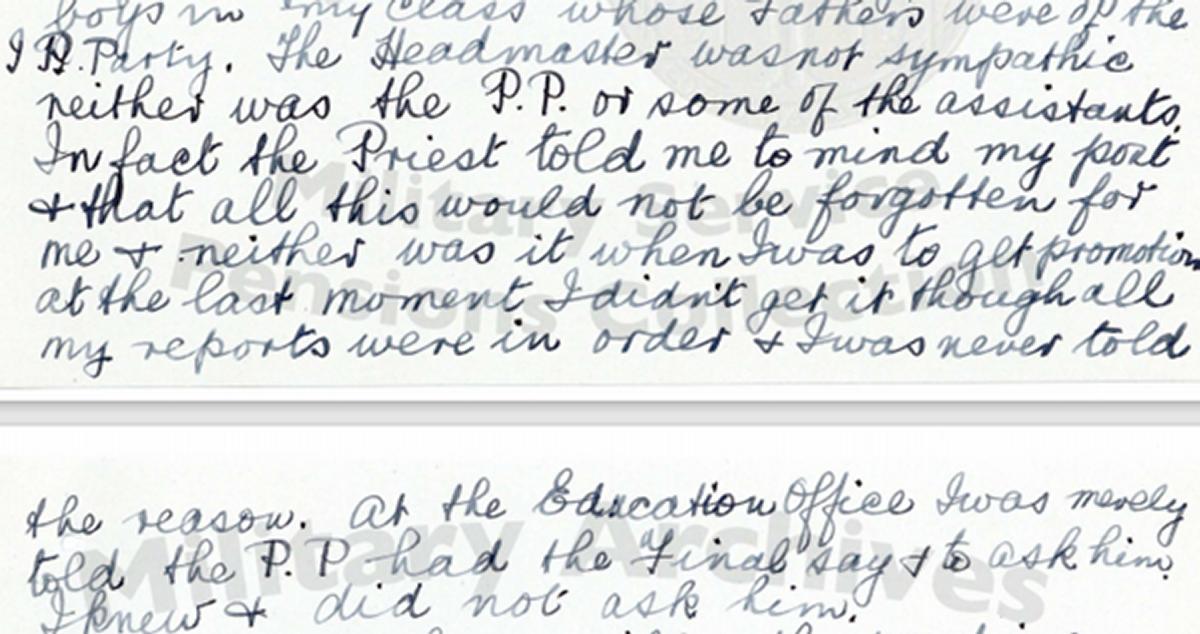 Extract from Margaret Sexton’s letter in support of her pension application, undated

In 1917 both she and Kathleen were sent as ‘Intelligence Officers’ to Wetherby, where under the Defence of the Realm Act 1914, a number of Irish men were interned in private houses, with restrictions on their movements.  Their role was to “get all in readiness” for an escape.  The women provided suitcases and clothing so that the internees could leave their belongings behind and avoid arousing suspicion of their intention.  They arranged for other Cumann na mBan members to escort the men to various railway stations for their return to Ireland.

The Irish War of Independence began in 1919; and between then and 1921, Margaret and Kathleen, with other Manchester Cumann na mBan members, were involved in increasingly risky work.  Contemporaneous written and photographic evidence is scarce - as Margaret explained in her pension application, it was impossible to keep written records “…when working in an enemy country”. But on the information available, it is certain that had they been discovered and arrested, they would have faced extremely serious consequences.

In February 1919, Kathleen played a major part in de Valera’s notorious ‘key in the cake’ escape from Lincoln prison.  She delivered a cake baked by her sister Susan to the prison, containing a blank key and files. After the escape, de Valera was initially hidden by a priest in Manchester, but later under cover of darkness, Kathleen walked him, disguised as a Canadian serviceman, through Victoria Park to a second safe house.  Kathleen later cited this episode as evidence of her military service and sought a witness testimony from de Valera to confirm her involvement. 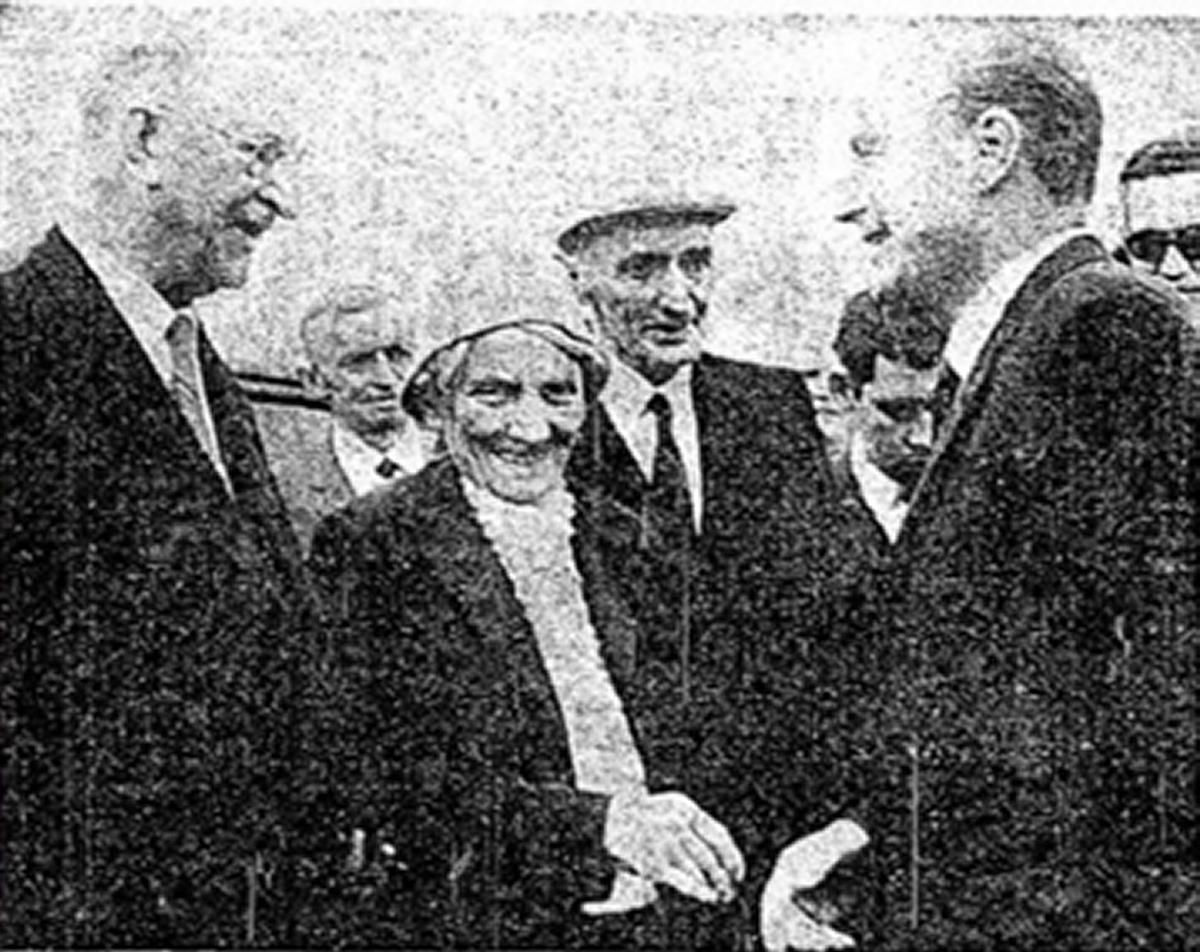 During 1919 and 1920, Margaret was involved in transporting and storing arms and ammunition (referred to as ‘stuff’).  She describes a three-day trip from Manchester to Dublin and back carrying a parcel of ammunition, leaving on a Wednesday night, and returning to school on Friday morning, Thursday having been a ‘holy day’.  On at least two occasions, she stored ‘stuff’ in the cellar of the school where she was teaching, including an attaché case containing revolvers and ammunition, which she subsequently removed to a nearby convent.

By 1920 IRA outrage at the escalation of hostilities in Ireland led to the authorisation of IRA activities in England, which continued into 1921.  Plans were made to set fire to targets such as warehouses and farms in and around Manchester. Margaret claims that she accompanied volunteers to inspect buildings for burning, observed watchmen and policemen on the beat, and noted the times that cleaners entered and left the buildings.

The offensive formally came to an end with the signing of a truce on 11 July 1921, some two months after the delayed UK census.  While this did not signal the end of IRA activities in England, so far records do not suggest any further involvement of Margaret and Kathleen after 1921.  However, the release of the census in January 1922 will provide valuable new information about their circumstances, and those of the other Manchester-based members of Cumman na mBan during this important period.