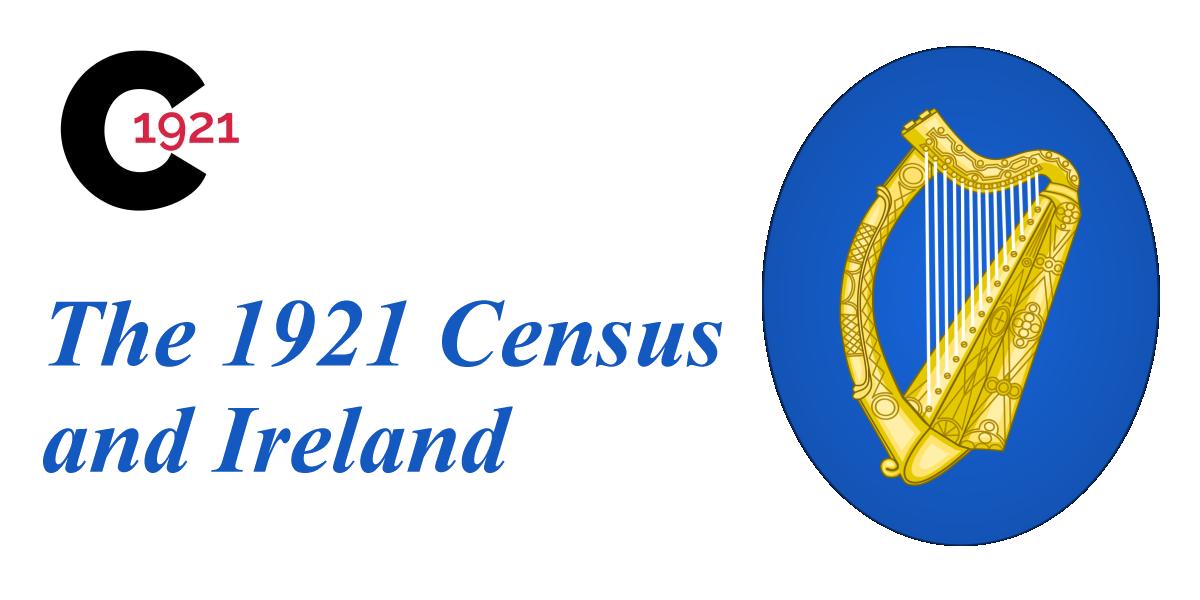 With the destruction of the records in the Public Record Office during the civil war in Ireland any new records that might shed light on our Irish Ancestors are always cause for excitement. So with the release of the 1921 census in England & Wales can we look forward to viewing the 1921 census for Ireland?

Unfortunately the answer is no as the census wasn’t taken in Ireland because of the civil war.

A ceasefire truce began on the 11th July 1921 and an Anglo Irish Treaty was signed on 6th December 1921. This ended British Rule in most of Ireland and the Irish Free State was created as a self-governing dominion on the 6th December 1922. Northern Ireland remained within the United Kingdom.

The first census of the Irish Free State was taken in 1926 on the night of 18/19 April. In Northern Ireland it was also taken on the same date with the police used as enumerators. Unfortunately this Northern Ireland Census is another Irish record that is lost to Genealogists as it was pulped in World War 2 for reasons that are not completely clear.

So with the destruction of the1861 and 1871 census shortly after they were taken and the 1881 and 1891 pulped during the First World War and then the loss of the remaining census returns in the fire at the Public Record Office, a new census release becomes even more important.

Now many people have been excited by news about the Beyond 2022 Project. Ireland is creating a virtual replica of the Public Record Office and hopes to replace many of its lost records. Those involved in the project have been contacting archives, repositories and libraries all over the world to draw in records that have been made from the original pieces. These records have been deposited in this new virtual world.

Unfortunately, before the destruction of the Public Record Office the remaining census records i.e. 1821 1831 1841 and 1851 could not be viewed by anyone because of the 100 year rule. So although this virtual record office is very exciting and has many interesting features which I know I will be using, it will not be able to recreate the missing census records.

So when will the 1926 census of Ireland be released?

As early as March 2012 there were moves within the Irish government to release the 1926 census early with a Minister saying he’d like the resource to be online by 2016 in time for the anniversary of the 1916 Easter Rising.

In December 2017 the Council of Irish Genealogy launched an online petition calling for the census to be released in 2022 the 100th Anniversary of the foundation of the nation to allow for conservation and cataloguing.  An online partition was set up. Efforts continue for an early release but dates come and go and so far nothing has been decided.

Despite all this the National Archives of Ireland have stated that the census will not be released until 2027.

Here’s a list of the information that will be available whenever this census is finally available:

The 1926 census of Ireland required that name and surname, relationship to head of household, marital status, language, age, religion and profession, be provided for each member of a household.

It also asked for the following information:

These details would provide us with wonderful insight into our ancestors’ lives. We shall have to wait and see if the Council of Irish Genealogists can finally persuade the government and the National Archives to give an earlier release date.